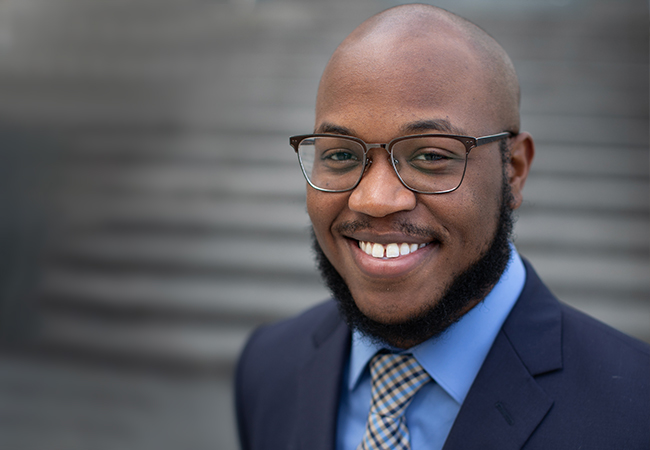 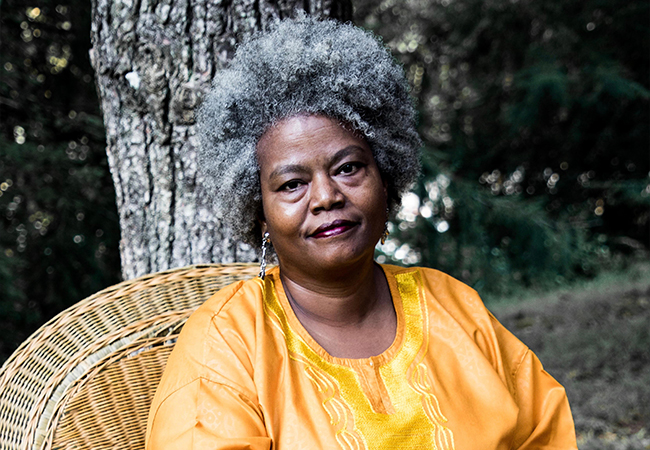 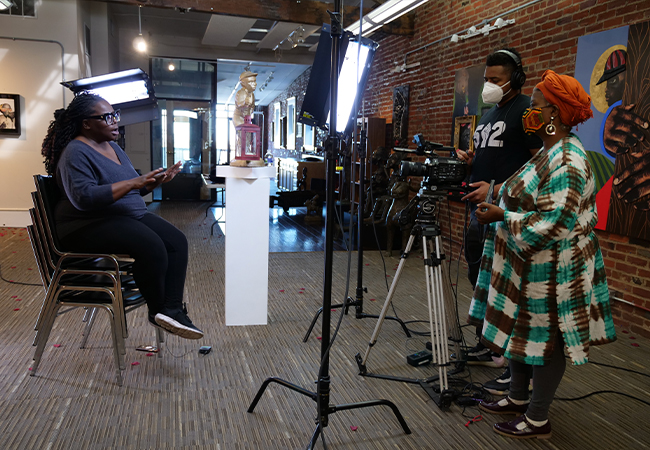 FROM AWARENESS TO ACTION, EDUCATION TO EQUITY

UK’s Martin Luther King Center and a new documentary film each promote deeper understanding of and action toward racial equity and social justice.

Since 1976, February had been dedicated as Black History Month to celebrate the role of Black Americans in our history and bring long overdue recognition to their achievements, with this year’s theme being, “Black Family: Representation, Identity, and Diversity.” The University of Kentucky’s Martin Luther King Center fosters education, equity, and empowerment year-round.

“MY MISSION IS TO TRULY ADVOCATE FOR THE STUDENTS AND COMMUNITY I SERVE AND TO PUSH FOR MORE EQUITABLE OPPORTUNITIES FOR STUDENTS ACROSS BACKGROUNDS.”

Heading up the center is Director Ja’Mahl McDaniel, who says, “My mission is to truly advocate for the students and community I serve and to push for more equitable opportunities for students across backgrounds. I am blessed by the opportunity to work with an amazingly diverse group of students and staff who truly support the mission and guide a collaborative vision for change.”

McDaniel, a Louisville native, received his bachelor’s degree in community & leadership development from the University of Kentucky in 2015 and went on to a masters in higher education student affairs from Ohio State University. After serving as program coordinator for the Intercultural Center at Wake Forest University, he returned to UK as the associate director for the Martin Luther King Center. In September 2020, he took his place at the helm as director. He adds, “I know I am the director but really my team and colleagues help make everything happen.”

According to their website, the Martin Luther King Center’s mission is “to empower University of Kentucky students from ALL communities to improve their college experience by increasing access to academic, civic leadership, and cultural exchange opportunities.” The center facilitates a multitude of campus and community programs, as well as annual retreats, summits, symposiums, and conferences, with the goal of being “the state’s leading learning laboratory on multiculturalism, social justice, and pluralistic behavior.”

McDaniel sees one of the center’s primary functions as promoting open communication around the subject of racial equity. He states, “Based on the current climate of our country, I believe our most important service is to provide authentic opportunities for community dialogues and discuss ways to better understand our differences and ways to navigate through them together. I also think we must become more comfortable talking about race, racism, and class.”

A RECENTLY RELEASED DOCUMENTARY FILM BY LOCAL FILMMAKER JOAN BRANNON SPOTLIGHTS THE ISSUES AND SERVES AS A PERFECT CATALYST FOR THESE CONVERSATIONS.

In the wake of COVID-19 concerns about holding the traditional commemorative program in Heritage Hall, Lexington’s MLK Holiday Committee co-chairs approached Brannon about

producing a documentary film as an alternative. The result was Fire and Heart: A Blueprint for Liberation, which premiered on YouTube on January 18, following Lexington’s downtown Freedom March. Brannon says, “I care deeply about the freedom and liberation of Black people in this country. So I proposed this concept to respond to the urgency of the times we are living in. And to extend the voices of the people doing powerful work in Kentucky”

Brannon goes on to explain, “The documentary speaks to racial justice and healing discourse for Black people in Kentucky. It includes clips from past MLK Holiday celebrations and reminds viewers of the radical thought of Dr. Martin Luther King Jr. The film features the stories of activists in Kentucky who have been recently involved in direct action, protest, and creating change through legislation.”

In addition to being a filmmaker, Brannon is a percussionist and teaching artist with a focus on healing and social change. One of her favorite aspects of filmmaking is its collaborative nature. For this project, Brannon deliberately gathered a multigenerational team to ensure varied viewpoints were reflected in the production. Among the dedicated crew were Director of Photography Brelin Tilford, Production Coordinators Meredith Crutcher and Christie Welch, and MLK Committee Co-Chair LeTonia Jones.

Brannon’s deepest aspiration for the film’s future is that it will lead to both action and healing. She states, “I hope viewers will come to this film with their hearts and minds open. I hope they will see the courage and compassion that drives activists to take a stand. I hope by the closing credits, anyone who has witnessed this film will be thinking about how they can contribute to making this country a better place for us all.”

If you are inspired toward action, Ja’Mahl McDaniel offers this as a starting point: “Believe people when they tell you about their experiences with racism. We are still in a moment of time where people refuse to acknowledge the realities of racism and how it continues to impact many of our systems. We cannot move towards any equity if folks cannot acknowledge the ways racism has established an unequitable system in the first place.”

He adds, “Becoming more active in social justice is going to involve being uncomfortable, learning things about yourself and close others that you may not like, and being committed to action. I also believe there are multiple forms of activism and you have to be able to identify which ones work best for you.”