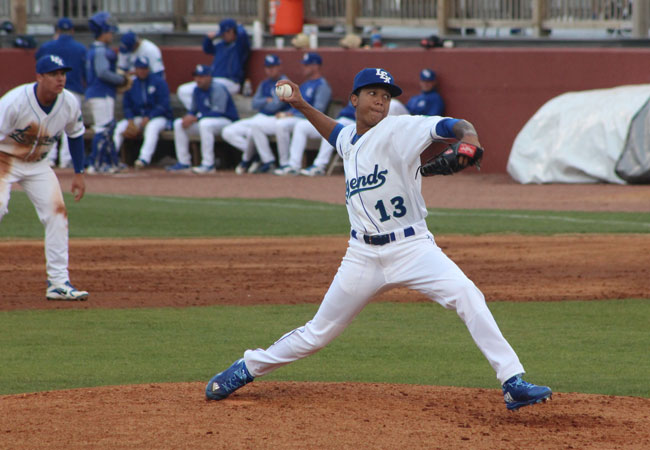 After the Lexington Legends plated two runs in the bottom of the first inning, the West Virginia Power then scored four unanswered runs to beat the Legends in game two, 4-2. Ike Schlabach (1-0, 3.92 ERA) was awarded the win for the Power and Janser Lara (0-1, 2.92 ERA) was given the loss for the Legends.

The Legends plated both of their runs in the bottom of the first inning. Travis Jones reached after being hit by a pitch by Schlabach then advanced to second when Seuly Matias was walked. Sebastian Rivero lined one into right centerfield, scoring Jones and the Legends led, 1-0. Marten Gasparini brought home Matias with a groundball down the leftfield line, extending Lexington’s lead to 2-0.

West Virginia tied the game in the third inning. Chris Sharpe reached on a single to left field then advanced to second when Lolo Sanchez singled to the third baseman, Travis Jones. With runners at first and second, Cal Mitchell hit a groundball to the second baseman, Matt Morales who tossed it to the shortstop, Jeison Guzman covering second to record the force out. With runners on the corners, Oneil Cruz lined a two-run single to right centerfield and the ballgame was tied at two.

In the fourth inning, the Power extended their lead when Ben Bengston smacked his second home run of the season to right field, putting West Virginia in front, 3-2.

The Power plated their final run in the ninth. With one out, Kyle Watson walked then moved to third on a single to right field by Bengston. Watson was able to tag up and score on a sacrifice fly by Sharpe, and West Virginia led, 4-2.

Every Sunday, children 12 and under will get in for FREE thanks to JIF! The gates will also open 30-minutes early (12:30 p.m.) for Playtime on the Outfield. Kids and their families can play a game of catch on the same field as the professional ball players. Before the game, there will also be a kids only autograph session with the Legends players. Children who are a part of the JIF Kids Club will have a pre-game welcome back parade around the field before first pitch. After the final out, kids will be welcomed on the field to run the bases.