Legends Win With Walk Off Home Run Over Greenville Drive 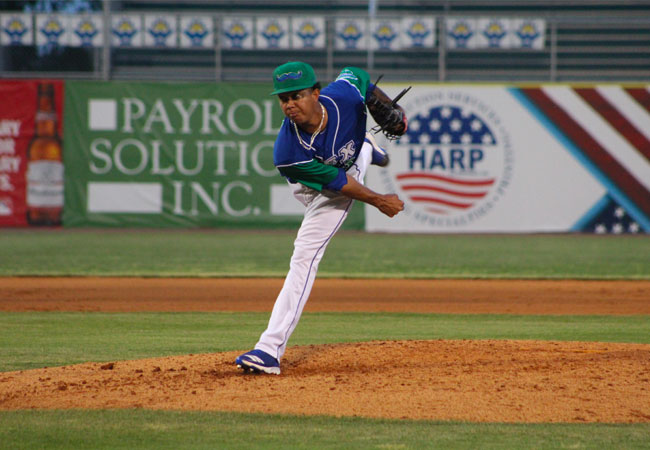 After trailing for seven innings, Matt Morales blasted a walk off home run in the bottom of the ninth inning to lift the Lexington Legends over the Greenville Drive, 4-3. The Legends improve to 18-18 on the season and the Drive drops to 10-28.

The Drive plated their first run in the top of the first inning. Lorenzo Cedrola lined a triple down the right field line for a leadoff triple then scored on a groundout by Cole Brannen. After the first, the Drive led 1-0.

In the second inning, Jagger Rusconi reached on an error by Lexington’s third baseman, Travis Jones. Rusconi then scored on an RBI single by Frankie Rios, and the Drive extended their lead 2-0.

The Legends scored their first run of the game in the bottom of the second. M.J. Melendez clubbed a leadoff home run to left field, putting the Legends on the board, 2-1.

In the top of the third, Marion Campana hit his fifth home run of the season, further extending the Drive’s lead to 3-1.

In the eighth, Melendez reached base on an error by the Drive then scored when the next batter, Dennicher Carrasco, lined an RBI double over the head of Greenville’s centerfielder. The Legends tied the game at three, heading into the ninth.

In the bottom of the ninth with one out, Matt Morales smashed a solo home run over the left field wall, putting the Legends ahead, 4-3 with the walk off homer.

The Legends have a scheduled off day tomorrow, then face the West Virginia Power beginning on Thursday, May 17 at 7:05 p.m. They will be back at Whitaker Bank Ballpark on Monday, May 21 at 7:05 p.m. to face the Rome Braves.